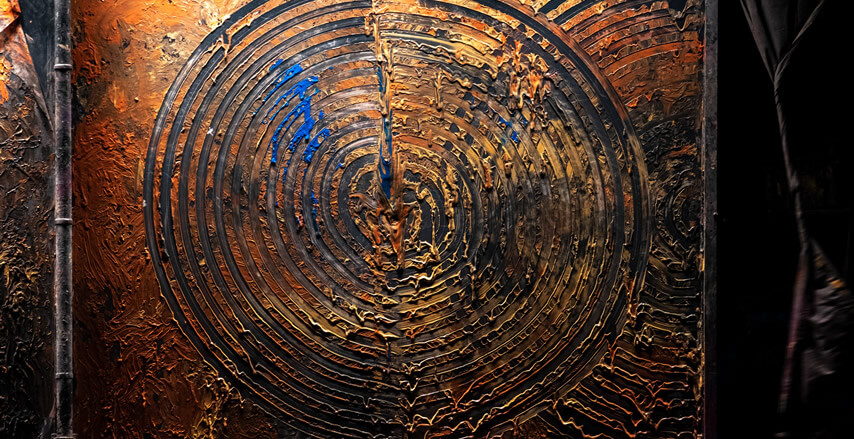 OPENING SHOW. "I heard that, during one of his stays in the Marquesas Islands, Paul Gauguin had the idea of painting directly on the shell of a young live turtle lost on a beach. I like to think that, thanks to this species’ long life span, one of the painter’s works, far from the avarice of speculators, still continues to swim back and forth today in the ocean depths, in its own little mobile museum." This anecdote is the starting point of this multidisciplinary street art production that offers a unique vision of art. A piece that shows the process of making a piece of artwork thanks to a street visual dramaturgy which takes place in a 9 metre high vertical structure with six painters, an actress and live music. A metal polyptych, a contemporary altarpiece, which vindicates the magic of creation and the ephemeral condition of art.

Compagnie Luc Amoros builds the limits of surreal theatre using shadows, brushes or cameras; a theatre of illusions performed live; somewhere between DIY and high technology. Co-founder of the Amoros and Augustin company in 1976, Luc Amoros continues to run this French company that took his name in 2009. True to shadow theatre, in which he began his career, he has evolved at the crossroads of disciplines, combining visual arts, performance, visual theatre and stage music. He is currently extending his research to write with special attention to monologues, chronicles or songs, in order to explore humankind's irresistible fascination for moving images.