L’inesperat (The unexpected), motto of the 2022 edition of FiraTàrrega that vigorously recovers the public space and the street art proposals

► The 2022 edition FiraTàrrega 2022 goes back to its purest state and includes 62 artistic proposals, among which 17 come from Creative Territory

► The leitmotif of the edition is "The Unexpected" a motto that captures the spirit of surprise and what happens at the most unexpected moment, with a series of pieces that can be found anywhere and anytime

► Launch of Firatarrega.pro, a digital platform that aims to be a year-round professional meeting space and the professional space for those accredited during the face-to-face edition

Tàrrega, 22nd of June 2022. In this new edition, FiraTàrrega recovers the public space and street proposals, one of its leading identity traits. The premieres at FiraTàrrega account for 56% of the total programme and includes proposals from Catalonia, the Balearic Islands, Navarre, Valencia, the Basque Country, Murcia, Madrid and Andalusia. The world is returning to Tàrrega again with more than a dozen international shows from countries such as Germany, Belgium, France, Hungary, Ireland, the Netherlands, the United Kingdom and Chile. The youngest talent, the experiential and itinerant proposals, the festive and entertaining atmosphere, digital dramaturgy, reflection and the word will mark this year's event.

The leitmotif of the 2022 edition is summed up with the motto "The Unexpected" which seeks to capture the spirit of the street arts, surprise and what happens at the most unexpected moment. A statement that seeks to emphasise a living, mutating public space for spontaneous artistic expression.

The artistic programme has been structured into the following blocks:

1 - Young voice, the youngest talent is concentrated in this space of programming that gives voice to the youngest, not only to the creators, but also to the audience. A direct appeal to young people of all ages and spirits. Notable among others in this section, are names like Lali Álvarez with The Unfinished Human MANIFESTO (El Manifest inacabat de la Humanitat), a participative project that combines artistic creation, community creation and thought; the Col·lectiu Desasosiego with Un segundo bajo la arena, a piece in which the audience can attend a wedding banquet inspired in Bodas de sangre; The Belgian Circus Ronaldo with Swing, a proposal between circus and the variety shows from the first half of the 20th century; or Teatro en vilo, a coproduction with the Centro Dramático Nacional, and their Blast, an improbable and eclectic meeting of young people aged between 16 and 26 who want to change the world.

2- Experience, experiential proposals that require an active audience and with unique spaces that take on a voice. Here we will find Roger Bernat and his Dormifestació, a collective sleep accompanied by guest artists such as the poets Oriol Sauleda and Núria Martínez Vernis; Johannes Bellinkx and Reverse arrive from the Netherlands, a creation that proposes walking backwards for about 50 minutes; the Artistas Salchichas with Hablar con las plantas para llegar a un paisaje (Talking to Plants to reach a landscape), an immersion in the landscape of the Urgell; Projecte Ingenu who wonder what the world will be like 1000 years from now in El dia que va morir l'últim panda (The Day the Last Panda Died); Carla Rovira with the stage device Exit through the gift shop that revolves around the concept of success in the processes of pregnancy and motherhood; Engruna Teatre and its particular Univers for children from 0 to 2 years old; the company Escarlata with La grutesca, a sound experience in a grotesque and circus atmosphere.

3 - Festive-entertainment, a festival where circus arts, dance, performance, theatre and music make a varied palette of sounds and colors explode. In this block, we find the Compagnie Dyptik with Mirage (un jour de fête), a piece inspired by the unreal and absurd image of the Balata refugee camp (West Bank); the Belgian Circumstances with Exit, a circus and dance work where movement, acrobatics and balance merge; Pau Palaus who, with Zloty, brings us the story of two characters from an old circus troupe wandering aimlessly; Sound de Secà with +, a nocturnal show that becomes a crossroads between percussion, dance, voice, movement and poetry; Kaleider and their Robot selfie, a participative installation that collects selfies from the public and turns them into a great collective mural; Lucas Escobedo and Paüra, a hilarious piece of music that talks about fear; Truca Circus with Sopla!, a circus and festive atmosphere that evokes the world of comics; or the Cia. Pepa Plana with Si tu te'n vas, where three clowns meet to recreate an accelerated world and make us laugh at the smallest things.

4. Cogito, Ergo Sum, a programme focused on proposals with the aim of making you think and not feel indifferent. Outstanding in this section are the Navarrese company Led Silhouette, who together with Marcos Morau, have created Los perros, an intimate and visceral dance piece; Joseph Toonga with Born to protest, an intense soundscape with hip-hop rhythms that emphasises creating awareness about racial stigma; or the percussionist Núria Andorrà with Nu.A, who creates a soundscape with everyday objects that takes us closer to her origins.

5- Itinerants, wandering stories that you will find in the middle of the street, that move, that provoke, that make you move. Here we find proposals such as those by Hortzmuga Teatroa & Deabru Beltzak with Senta, a la deriva, a contemporary and street-level revision of Richard Wagner's opera The Flying Dutchman; or 1 WATT with Tales of No(oo)one, a wandering, messy piece of real-life, anti-heroic stories overflowing with energy.

6- Digital dramaturgy, new forms of creation that maintain a conversation between digital language, technology, the performing arts and the public space. In this section, we highlight Onírica mecànica, a project led by Jesús Nieto which, with allied with technology, proposes a series of pieces that make up a single ecosystem but which can be experienced separately. In FiraTàrrega 2022 they present: Distancia; La máquina de matar; and Rumbo a Farout.

7- The Word, with a programme focussed on the word, approached in a broad sense and from different disciplines: music, radio or poetry. We will find an open conversation between the philosopher Marina Garcés and the artist Clara Peya about the unexpected; or Pastors, a tale of thousands of years, explained in the 'live journalism' format, by La Mira.

8- The Unexpected, a series of pieces that we can find anywhere and at any time. We will find creations like those by the Hungarian David Somló with Drift, an interaction between the performers and passers-by that makes the audience think about their behaviour in public space; Sauf le dimanche, with Troc!, a playful, generous and inventive dance piece in public space; or La Carbonera Itinerant, a mobile bookstore with a selection of theatrical texts, essays on live arts and the use of the public space, or books that have inspired the Support for Creation shows.

It should be noted that of the 62 proposals in the 2022 programme, 17 are from Territori Creatiu (Creative Territory), FiraTàrrega's creative nursery (15 are part of the Support for Creation programme and 2 are from the Hivernem programme).

In the professional section, the digital platform FiraTàrrega.pro has been launched. This is strategic commitment to the digitalisation and modernisation of the performing arts market that enables permanent and up-to date contact with all the agents in the sector, 365 days of the year. This new digital meeting space is activate now with a more dynamic platform, with more contents and greater connectivity. FiraTàrrega.pro has a directory of 1,400 professionals from 850 professional entities and 326 published projects. 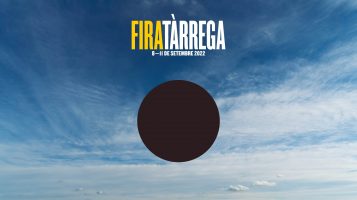 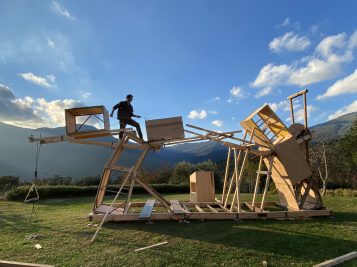 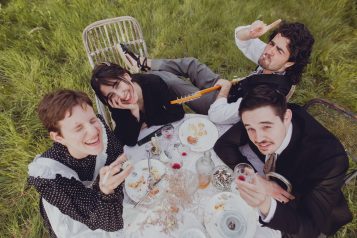