FiraTàrrega puts the focus on participation by inviting to claim, play, perform and celebrate

FiraTàrrega 2017 will take place from 7 to 10 September and will feature 54 performances from eight countries.

The focal point is participation, one of the main assets of contemporary street art.

The community action urGENTestimar from Ada Vilaró and Josep Perelló will be responsible for opening this year. This work, which seeks to dilute borders in art and science, will last for 40 hours.

FiraTàrrega 2017 will take place from 7 to 10 September. A new edition will have as its motto participation, following three years that highlights the assets of contemporary street art, which began last year with multiculturalism and will finish next year with the public space. This year 54 projects are presented from eight countries, where 21 premieres are highlighted.

The entire programming lineup offers rich formats, genres and styles: an offer for all audiences and ages, with 55% from Catalan companies, 27% from the rest of Spain and 18% international. A total of 54 proposals, which will take place in public spaces and venues in Tàrrega. This year FiraTàrrega participates in the production of 14 performances through the program to support creation, 26% of total programming.

This year the programme of the fair is divided into five sections: Participate, since the community participation of spectators is the key component at FiraTàrrega 2017; Claim, productions that raise visions, themes or discussions that are so necessary today; Act, proposals where the viewer chooses and becomes an active part of the show, with experience in the centre of the performing arts; Celebrate, arts to be skipped, danced, laughed and sung; and Play, the most playful fair, open to discovery workshops, games and facilities.

In addition, in order to make the bulk segment of the programme more accessible, the fair organizes Artistic Itineraries, 10 routes in order to facilitate the public navigating the FiraTàrrega programme.

This FiraTàrrega 2017 continues with the triennium theme that vindicates the main potential of street arts and focuses its gaze on participation. The aim is to offer a selection of productions that reread the actual meaning of participation, shaking visions and generating knowledge. We aim to go beyond opening creative processes, opening creative processes, incorporating external professional voices, creating spaces for reflection and training and giving voice to those who normally do not have the opportunity. Therefore, in the section Participate the multidisciplinary artist  Ada Vilaró  and scientist  Josep Perelló  will present  urGENTestimar, the inaugural action of this edition.  An art project that aims to dissolve the boundaries in art and science, all based on community participation. This action is an activity of activities, an area of full participation where the city invites you to stop your daily activities and implement various moments of collective communion. A transformation of space and time shared among the people.

Scientific research will be displayed before, during and after the opening action, the rhythm of the three key moments in the scientific work: the previous work with associations and groups in Tàrrega, launching a conversation group and network relational experience between individuals in the same square during the 40 hours that the staging will last. The final result of the investigation will be announced in the months after the in-person artistic action.

The historical memory, women, boundaries, territory and inclusion, other sub-themes this year

This year FiraTàrrega focuses on several key sub-programmes in 2017, such as memory, the inclusion of women, boundaries or territory.

Within the section Claim we find productions that are part of the programme to Support for Creation such as Màtria (narrar el silenci) by Carla Rovira, a theatre work on private memory and collective reflections on death, family, silence, memory and women; Pool (no water), by Íntims Produccions, a visceral and powerful piece on the fragility of friendship, envy, success and the meaning of art in the lives of artists; and The Meeting Point, by the Patricia Habchy Company, a choreography of everyday gestures between a blind man and a woman who seeks new correspondences between the visual, sound and text.

Other productions of this section and that also have an artistic residence Tàrrega are Diez de Cada Diez, by Valeria Píriz a performance born from 12 femicides that occured in Uruguay early in 2015 o a X amor o Mujeres Áureas de mvmproduccions, a street performance that recognizes the forgotten dramatic Golden Age literature, putting women at the centre of the scene.

Within Claim we must also point out Proyecto Opreso, de DNA Cia, which explores different social realities through urban dance and it vindicates hip-hop as a means of social expression.

Moreover, in the section Act there will be productions such as Bologna: Pasolini, by the acclaimed dance company La Veronal, that recreates in its choreography the murder of Pier Paolo Pasolini to feel, hear and understand that which is not seen. The Dutch Woest propose Lucky Shots, a choreographic piece which asks viewers to imagine and empathize and Weibel Weibel Co. Breaking Point, a circus experiment about possibility, resistance and limits.

In Hamlet (entre todos), from [ los números imaginarios ] viewers will enjoy an immersive experience at the royal wedding between the kings Claudius and Gertrude, and on the other hand, the work of  Los Hermanos Picohueso Ningú No Va als Aniversaris a L'Estiu, a wild party that reflects on who we are and what we become. The Chileans La Licuadora repeat in the fair for the second consecutive year, this time with Lúcidos, a theatrical experimentation of the body in movement, improvisation and lighting effects that appeals to the senses and perception.

It is important to mention the projects in this section that come from the programme Support for Creation, such as the site specific created by Catalan and Portuguese artists collective, Ferida, a co-production with FiraTàrrega and Festival Imaginarius of Santa Maria da Feira, which has the concept of memory as its focal point. Momentos Estelares de la Humanidad from Eléctrico 28 will show, by means of the book by Stefan Zweig, a reflection on the history, power and human obsessions of everyday moments recounted in his ear.

Harinera (te ganarás el pan con el sudor de tu frente) is the first project by the collective Harinera, led by Andrea Paz, former student of the Master in Street Arts Creation from FiraTàrrega, that deals with the concept of precariousness as a form of government. Conseqüències is the new work by cia. Moveo, which breaks the gap between the one looking and the one looked at, between the one living and the one acting. On the other hand, the Uruguayan Pamela Montenegro will present Experimentación Psicobotánica, a specific commission by FiraTàrrega on farm land, a critique of the construction of the Segarra-Garrigues canal.

In Celebrate it is worth mentioning the spectacle of percussion and itinerant pyrotechnic Silence! from Les Commandos Percu; Wetfloor from Cia Cris_is, the first solo by the clown Cristina Solé and Odisea'80 from Nacho Vilar Producciones, a street performance that takes us to Spain in the eighties.

In addition, in this section there are three groups from Tàrrega programmed for music (La Terrasseta de Preixens, The Targarians and Carlitos Miñarro) that encourage the most festive nights of the fair and will be an opportunity to connect training from the region.

Finally, in the last section, Play, we find entertaining shows such as Archipiélagos, Jardines Efímeros from Calamar Teatro and Sonarium from El Pájaro Carpintero and workshops such as urban dancing with DJ Be Nil, that will be provided by DNA Cia and from lindy hop, led by Som Swing Tàrrega and Doc Scanlon's Cool Cat Combo.

We must highlight the work of co-programming that FiraTàrrega has carried out with the Mostra d'Igualada in order to offer the 'Finestra Familiar', a programme of visibility and internationalization of Catalan family shows that renews the paradigm of performing arts for boys and girls based on quality, innovation, thematic plurality and new stage formats. The selected shows will be Proyecto Opreso, by DNA Cia; Wetfloor, by Cia Cris_is; Mur, from (Cia)3; Transhumància, by Xip Xap; Sonarium, from El Pájaro Carpintero and Momo (free version by Michael Ende), from Cia. de Teatre Anna Roca.

Moreover, in line with the leitmotif of participation, FiraTàrrega also presents the exhibit Love is in the fair in the Marsà Hall about the experiences of love and/or sex that people have had within the context of the fair. The show will have four areas: an exhibition of testimonials with graphics in a large mosaic exhibition, an oral presentation, an audio device and a digital version that can be downloaded on the fair's website.

Moreover, FiraTàrrega has commissioned the young artist from Tàrrega Jaume Ribalta a series of illustrations that offer a visual and subjective view of the fair in general and the contents of the programme in particular. His works can be seen in a virtual exhibition on the FiraTàrrega's website and through social networks. Also as a commission, FiraTàrrega invited three students of the Masters in Cultural Management at the UIC to undertake a report on giving a culturally external vision to the fair. This will be done through various blog articles and other content searchable on the web.

FiraTàrrega goes far beyond the theatrical exhibition and works to become a hub of top-level professionals, fostering an ecosystem that contributes to the market and generating synergies and positioning itself the field of performing arts.

Within the professional activities we must highlight the talk organized by FiraTàrrega on Creation and Memory. An open conversation between interested professionals and professionals in the sectors, countries and different realities that have used creation as a tool to address historical memory.

Regarding international projects and networks, this year FiraTàrrega joins In-Situ, the European Platform for Artistic Creation in Public Space and the European project From Sea to Sea led by La Central del Circ. The association continues with Circostrada, a benchmark network of street arts and circus in Europe. The partnership with C.L.A.P.S. SPETTACOLO DAL VIVO (Italy) has been renewed. 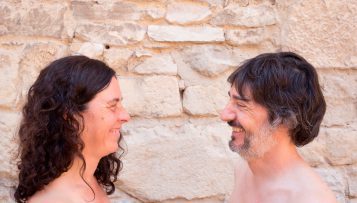 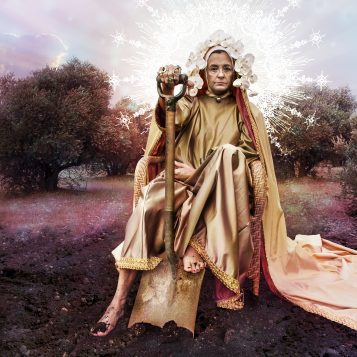 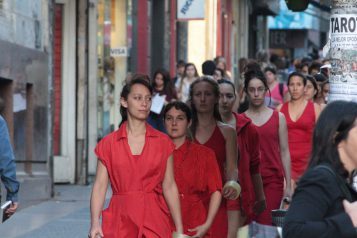