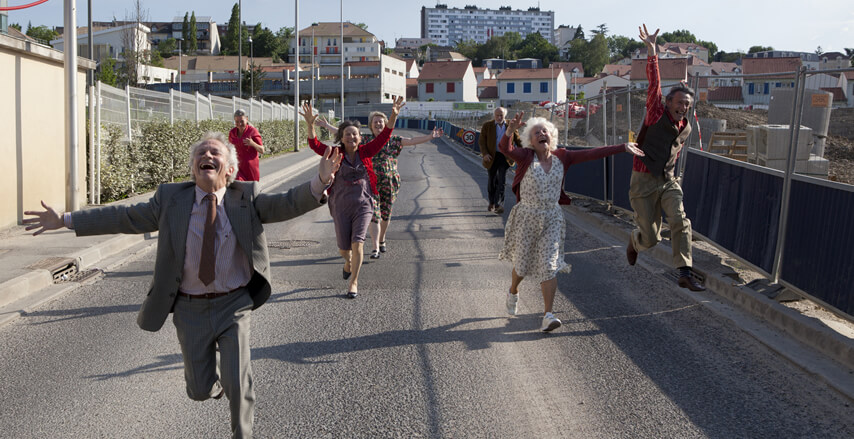 Over the past decades and centuries, the boundaries between childhood, adolescence, adulthood and old age have not ceased to move. With a long history of 30 years in the world of dance and street arts, Doriane Moretus and Patrick Dordoigne offer us a trilogy of performances that reflect on childhood, youth and old age. A project that began in 2012 with Échappées Belles, which asks what it means to grow old, and which was awarded the Prix SACD des Arts de la Rue in 2013. With Immortels (2016), they expanded on this exploration of the human condition with a diptych of shows that ask what it means to be young today. We present these three pieces, for the first time together, at FiraTàrrega 2018.
What does it mean to grow old? In the space of a century, life expectancy has been extended by 30 years. But, beyond biological markers, what does it mean to be old? Seven actors between 60 and 80 offer us a promenade of theatre and dance, poetic, non-narrative and conceived for the street, which highlights our perception of old age, the fears it carries and the treasures it hides. A theatrical and choreographic fresco which plays and integrates within the urban fabric, with its limitations and architectural advantages, its uses, dangers and area of social visibility, to put the spotlight on ageing.