The Board Members of FiraTàrrega, which is made up of the Tàrrega Council, The Catalan Government, The LLeida Council and the Ministry of Education, Culture and Sports (INAEM), have unanimously decided, in an informal meeting today, to reelect Jordi Duran as the fair´s artistic director.

The current director began his post in 2011 after more than eight years working for the organisation. He was meant to end his term after this year's edition of the fair.

The Board Members, who had to evaluate the future of this leading artistic fair in order to facilitate the work of the incoming director, approved the strategy applied by the current team, which aims to consolidate the project initiated three years ago where FiraTàrrega wishes to be seen as a public service tool that works all year around focusing on exhibitions and the market, always supporting creation and training, in favour of scenographic renovation and its own projection abroad. Jordi Duran will now be the artistic director of the fair for another five editions, until 2018.

Jordi Duran i Roldós (born in Sant Antoni de Vilamajor in 1974) has a degree in Catalan and Spanish language and literature.  He studied scenography direction and theater dramaturgy at the Barcelona Theatre Institute.

He has been assistant director to Xavier Alberti and he has also been part of the production team of Teatre LLiure, under the direction of Josep Montanyès. He has also been director of an specialist Theatre class (l'Aula de Teatre ) at the University of Girona for six years. He currently co-directs a Masters degree on Street Art Creation for FiraTàrrega and the University of Lleida; he is the teacher of the English version of a University Master's Degree in Cultural Management offered by the International University of Catalonia; he also collaborates with the digital magazine on Performing Arts, Artezblai.

He has been a member of the FiraTàrrega team since 2003: first as a Programming technician, and since 2011, as Artistic Director. 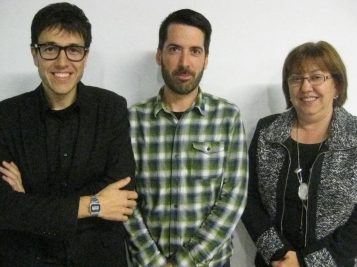