For the first time in 34 years, FiraTàrrega opens the festival with a show produced by themselves, where the Chilean artist Ignacio Achurra will direct  a company specifically formed for the occasion

Tàrrega, 3 July 2014 - A new edition of the FiraTàrrega theatre fair is taking place from 11 - 14 September. This is a platform that understands street art as a multidisciplinary space and presents itself as a catalogue of experiences for audiences who want to be surprised. FiraTàrrega is the engine of artistic activities in the European arena, as it doesn't just arrange the programme and perform the shows  but actually encourages excellence in the realm of creation in public spaces.

80 companies are temporarily moving to Tàrrega over the second weekend in September.  51 of the companies are part of official programe and 29 are part of the Business Programme. In total, there are 37 Catalan companies (46% of the programme), 22 companies are from other areas in Spain (27%), and 21 international companies (26%) that are travelling from Mexico, Slovakia, Check Republic, Hungary, Poland, Argentina, Belgium, Italy, France, and Great Britain.

Tàrrega is also seeking committed creation, and that is why there will also be political and social theatre, like the Collado-Van Hoestenberghe Foundation and Piero Stenier, who are presenting their show Constructivo. Another important aspect of the fair is targeted to citizen participation - and this year it is dedicated to invisible groups. Following this line, Amantis has prepared Som, a project that includes people with psychological, physical and mental disabilities. The hungarian artist Martin Boross, with the company Stereo Akt, offers a show where 9 local citizens, immigrants, are part of the project and reveal their reality, their dreams and their fears.

The fair also strives to achieve excellence and that is why it encourages many elements: it doesn't just start on 11 September - it already started many months ago. A big proportion of the programme comes  from the Support Creation programme: labs, residencies and translational productions. Moreover, the fair has encouraged collaborations like Los Galindos, which was directed by Ti-Tlan (Lugar entre), a travelling circus show where the main topic is violence, and it has been produced in conjunction with the Mexican institutions Conarte, INBA and FiraTàrrega. Thanks to the Iberescena programme, this production between Teatro Ojo (Mèxic) and Obskené (Catalunya) has managed to go ahead.

For the first time in 34 years, FiraTàrrega opens with a show being produced by the fair itself. This performance is a street theater show with live music and it is directed by the Chilean artists Ignacio Achurra, artistic director of the La Patriótico Interesante company,  who is also one of the Latin  American directors with most international reach. It is a story that tells of cultural diversity and resistance. It also tries to reflect on how totalitarian states, economic interests and ideologies that are linked to globalization spread their territorial domain and threaten the survival of cultural minorities. One offering invites the audience to travel around spaces of personal and collective identity, and to unearth a free space that may allow us to dream about brotherhood among all the nations of our planet.

Poland, Check Republic, Hungary and Slovakia are the cultures being invited to this 34th edition. The four countries make up the Visegrad group and are providing 6 shows for the programme, which represent the current perfoming arts of these Central European creative groups. Each production stands out by its singularity, as does the youth of their creative teams. Among the participants, Sergeant Tejnorová & The Commando with the show Edge (a co-production by 4 countries from the Visegrad group), VerTeDance / Jiři Havelka / Clarinet Factory with Correction (Check Republic), Jaro Viňarsky with Animal Inside (Slovakia). In a different category, there is also the work by the Polish theater group Teatr KTO with its show The Blind, inspired by the book ¨Blindness¨(Assaig sobre la ceguesa) by José Saramago. It is one of the most important street art shows on the current international scene.

This year FiraTàrrega offers a new programming pool that groups more entertainment in the programme, where fun and entertainment is guaranteed. The area will have three performance spaces: Fassina; Carrer Migdia (Noon Street); and Parc del Reguer (Reguer Park). All sorts of shows will be presented that are targeted at all age groups and consist of general, popular interest. Among the main acts are: La Troba Kung-fú, Guillem Albà & The All In Orchestra, the roller-disco from Dr. Batonga!, Wet Picnic, Jam and Efímer. In closing, and to close this segment of the Fair, there is a production of Laïtrum, Micro Shakespeare, produced between the company itself and the National Theatre of London.

Alternatively, under the title ´URBAN NATION´, FiraTàrrega is presenting three evenings that are dedicated to the best hip-hop dance right now. Three intense hours every day with Brodas, Circle of Trust, Iron Skulls, and the DJ Save the Cheerleader.

FiraTàrrega: programing of the programs

FiraTàrrega´s programme is also a meeting point for dialogue between national and international programmes. That is why we are presenting shows that are being set up in collaboration with exhibition spaces, institutions, and strategic market spaces like INBA (Mexico), Without Walls Consortium (UK), Festival Mira Miró (Belgium), Fringe Madrid, Zaragoza City Council - Fiestas del Pilar, Temporada Alta Festival, Grec Festival, Trapezi and Institut del Teatre (IT Emergents). Some of the productions in this part of the programme are Dynamite & poetry from the Belgian group 5feet16, Night swimmers (Los nadadores nocturnos) by the Draft.inn group from Madrid, Yi-Ha from the Los Moñekos company, and Rudo by Manolo Alcantara.

The professional part, the FiraTàrrega engine

Part of the Focus Visegrad will take place in the professional part of FiraTàrrega. The Focus will offer an open debate, the presence of companies and professionals at a stand at La Llotja, and representation by professionals from at least 20 companies. The project has been set up in collaboration with the Arts Institutes of the 4 nations that represent Visegrad and is being funded by the Visegrad Fund.

The professional part also has the support of many professionals that are participating in FiraTàrrega for the first time, within the framework of different actions set up together with the collaboration of different companies. The directors of Arts Meeting in Yokomana (TPAM) will lead an art group that has invited 10 programmes from Japan. This will be complemented with the invitation of professionals from China, South Korea and Singapore. Three of the professionals have been invited by the Ramon Llull Institut, which means a first-time exchange with the unknown and far away cultural sector in Asia - which will continue in future editions of the Fair. Additionaly, Tàrrega will host the Red Periferias meeting. The PICE Spanish Cultural Action programme welcomes 5 directors from Iberoamerican festivals who are members of the Periferias network to be present at the FiraTàrrega fair. During the fair they will hold their general network meeting and they will participate in the exchange event.

Other activities to be highlighted are: the Lunch Meeting being organised by the Department of Culture of the Catalan Government (Departament de Cultura de la Generalitat de Catalunya) which is taking place for the 9th consecutive year; and the 2nd edition of the presentation of the current Finnish Circus via CircusInfo Finland.

In line with this thinking, FiraTàrrega also encourages talent creation through training. Two years ago, FiraTàrrega started a new line of action by setting up the first edition of the Masters in Street Art Creation (Màster de Creació en Arts de Carrer), a leading pedagogical initiative on the international circuit. Two years later, it is now starting its second edition, as it is a 2-year course. This Masters course intends to train professionals in public spaces creation. It also wishes to become a connection between training and the audience. The course takes place from January - October 2015 and enrollment opened on 1 July, 2014. 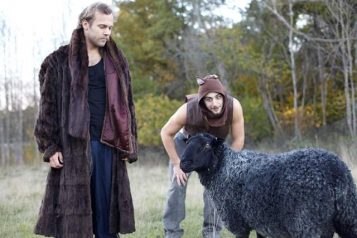