Tàrrega - 13th June 2014. Greenwich+Docklands International Festival (GDIF) will once again welcome Catalan participation. From 20th to 22nd June, a total of 9 Catalan companies will travel to London to present their new or recently released projects in search of international recognition. XTRAX organises the event that will take place in the festival's professional section and that will consist of pitching their new projects in order to gain recognition beyond our national borders.

GDIF is one of the main festivals in the United Kingdom. It welcomes more than 150 performances from 30 English and international companies, and it will take place from 20th to 28th June. This trip has been made possible thanks to the Festival's collaboration with The Catalan Institute of Cultural Companies of the Generalitat de Catalunya (Catalan Government), a collaboration that has been successful in previous editions of the Festival. Next Saturday, 14th June, the companies will also take part in a training session to finalise their theatre presentation.

Most of the companies presented by FiraTàrrega are part of the Support Creation programme for Fira Tàrrega 2014. International programers will be able to see first-hand Kamchatka's new project, Fugit, an itinerant street performance. The company co. LABse will present Mesa para dos (Table for two), a choral and choreographic theatrical and culinary experience directed by Sergi Estebanell.

Fundación Collado - Van Hoestenberghe and Piero Steiner will talk about Constructivo (Constructive), a performance in which two erudite builders search for answers within the ethical void surrounding us in a hilarious manner and with boundless humanity. One of the performances comes from the alliance between Les Filles Föllen and Barbara Wysoczanska, a coproduction between FiraTàrrega and the Polish festival Uliza Street Art (Krakow), resulting in the performance Thank you for dancing, a street dance performance created with audience participation.

Cia La Tal will also travel to London with The incredible box, a performance still going 150 years after its release and which, despite its huge success in the old days, hasn't been able to avoid the passage of time. Finally, Toti Toronell & Pepa Plana (recently awarded with the Culture National Prize from the Generalitat de Catalunya) will present their performance Despistats (Distracted). Both clowns have different styles but share a very similar understanding of the poetry of clowning.

Moreover, there are three Catalan Companies programmed for the Greenwich+Docklands International Festival: the dancer Joan Català and Tombs Creatius installations, both of which were presented at the last FiraTàrrega, and Circ Pànic acrobatics. These three projects will also be involved in the pitching sessions and will make their own presentations. 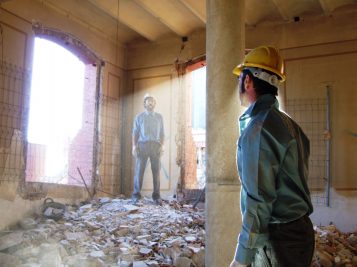 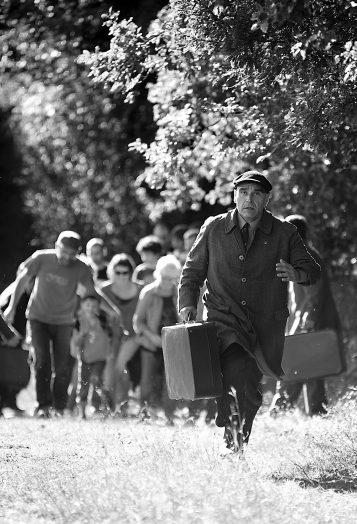