· The article, published in the journal Scientific Reports, shows each gender keeps a different cooperation pattern after making visual contact

Researchers from the University of Barcelone (UB) published an article in the journal Scientific Reports which analyses, through the prisoner's dilemma game, the willingness of people to cooperate when in pairs. A total of 374 people took part in this activity, which was carried out in FiraTàrrega 2017. The results show each gender keeps a different cooperation pattern after making visual contact.

The initiative is part of the project urGENTestimar, by the artist Ada Vilaró and the physicist Josep Perelló, researcher at the Institute of Complex Systems of the UB (UBICS) and head of the Research Group OpenSystems, focused on citizen science. Other participants in the article are Anna Cigarini and Julian Vicens, members of the same group in the UB.

Getting people in touch in public spaces

The launch of FiraTàrrega 2017 was a particular art and citizen science activity which involved the deployment of a device based on community participation, for forty hours -in the town square of Tàrrega.

The objective of the study was to measure the willingness of people to cooperate, paring them to take part in the prisoner's dilemma game. This is a paradigmatic game which makes people decide between cooperating and betraying their game partner's trust.

This action in FiraTàrrega 2017 put emphasis on the importance of people's presence and the need to interact in public spaces. This is why there were two different options for the dilemma: first, participants had to look at each other in the eye for thirty seconds before deciding whether to cooperate or defect. In the second option, participants could solve the dilemma with no previous visual or voice contact, with their partner, that is, without knowing each other at all. Before the game started, participants were asked if they identified themselves as men, women, or non-binary gender -which was the starting point information of the study. Out of the 374 participants, 290 of them played after looking at each other in the eye.

Looking in the eye affects the cooperation pattern in men and women in different ways, and the gender identity of the one with whom we interact is another relevant factor in such differences. In general, women show expectations regarding the other person's cooperative attitude, a 7% more than men. On the other hand, men are more impulsive in their actions and spend less time taking the decision to defect, compared to women. If their partner is a man, visual contact has a negative influence in their cooperation, 11% less compared to the non-interaction case, in which they don't know the gender of the other person. Therefore, men's trust when having a man as a partner is 20% less compared to the trust women show in front of men.

There are other differences between men and women regarding the ability to guess what the other is about to do in the game. Women prove to be better "guessers" regarding the intentions of the other person in the game, especially when interacting with men (reaching 91% of right guessing). This result contrasts the case of man-man interaction, where correct predicting is of 68%.

"Results suggest that, in short-lived social situations, non-verbal signals have an impact on men and women in different ways", notes Josep Perelló. "Conclusions of the study -continues the researcher- suggest that we consider our gender identity and the gender identity of those with whom we interact when we want to increase and promote equity and respect conditions in public spaces. To do so, we have to put emphasis on the role of women, considering their prosocial behaviour: high levels of cooperation, trust, and ability to guess the others' decisions".

Online platforms and street art, an alliance for public and participative research

The deployment of urGENTestimar was a shared experience in different rituals: observing, eating, sleeping, walking, running... Citizens were invited to stop a daily activity and put in practice several communion moments that allowed them to interact. A process of transformation shared by the people, time and place. Scientific research was shown before, during and after the opening event for FiraTàrrega, through three actions: previous work with associations and collectives in Tàrrega, launch of a conversation group through a bot in Telegram, and interaction experience in the square for forty hours.

The activity in the town square of Tàrrega included several experimental stations. Each of these had two interconnected tablets, separated by a wall. After reading the game instructions and answering a social and demographic questionnaire, participants were set to play the prisoner's dilemma game. This experimental game contrasts the standard approach for the study of human behaviour through social dilemmas. In the field of social sciences, common experimental spaces are controlled laboratories or online platforms to neutralize the influence of the atmosphere. According to Julian Vicens, co-author of the article, "the online platform carried out by the research group OpenSystems of the University of Barcelona enabled obtaining an important quantity of data in a natural space of interaction and outside the laboratory".

"FiraTàrrega was, therefore, the perfect environment to show that these massive contexts are where gender should be paid more attention to. The combination of street arts and citizen science focused on social themes can offer a shared experience and collective reflection to participants in order to give unpublished scientific results on human behavior that are valid and interesting for all", concludes Anna Cigarini, also co-author of the article.

About the Prisoner's Dilemma

In game theory, the Prisoner's Dilemma is a game where two players can cooperate or defect, although each player is more prone to defect than cooperate. Since participants do not know with whom they are playing, plus they cannot talk to each other, the analysis of their actions enables us to quantify their cooperative behavior, their attitude towards social rules of cooperation, justice and equity, and their expectations regarding the other player's behavior. In this case, Anna Cigarini notes that "we wanted to study the effect of non-verbal communication, that is, visual contact, in expectations and interaction patterns between men and women to better understand behavior and expectations when interacting in short-lived social atmospheres". 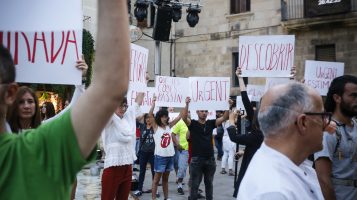 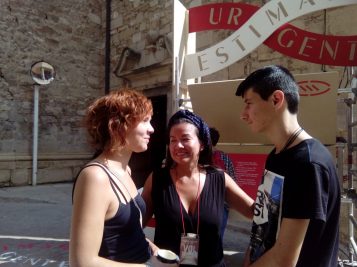